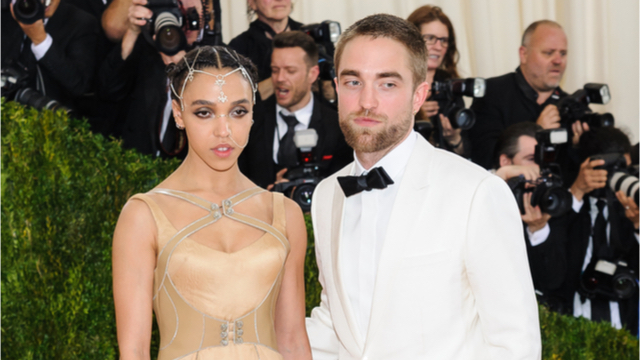 Are Robert Pattinson and FKA twigs still engaged? During an interview with Howard Stern, Robert said, "Yeah, kind of."

Stern responded, "Kind of?! Wait 'til she hears this! You’re one of those secretive guys with the relationships."

Robert and FKA twigs got engaged in 2015 after dating for six months. The couple tend to keep their relationship out of the spotlight as much as possible, which Robert told Stern is "one of the most frustrating things in the world."

He further explained, "You have to make a decision whether you want to let kind of crazy people in."

It sounds like the Twilight star learned that lesson when he dated his co-star Kristen Stewart.

He told the radio host about how the decision to maintain some privacy has its drawbacks, noting: "To protect it you kind of think 'I want to create a big boundary..' [but] then it makes it difficult for your relationship."