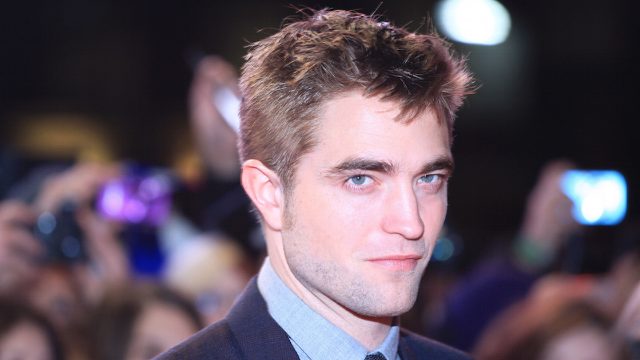 Robert Pattinson went on Stern and came up with some creative insults about 'Twilight' fans.

Actor Robert Pattinson was on Howard Stern's show on Tuesday, where he referred to a group of Twilight conspiracy theorists as a "crap group of crazies." He almost definitely broke some Twilight truthers' hearts with that statement.

Pattinson also revealed that he and his fiancée, singer FKA Twigs, are "kind of engaged." What does that kind of mean? They've been engaged since 2015, so it's unclear if they're ever going to get kind of married or not. But it might be the fans that are keeping this relationship from progressing.

In the interview, Pattinson, 31, talked about some truly rabid Twilight fans, who still follow his and his co-star, Kristen Stewart's, every move, even though Twilight is OVER, PEOPLE. IT'S DONE. Move on! (Please excuse that outburst.)