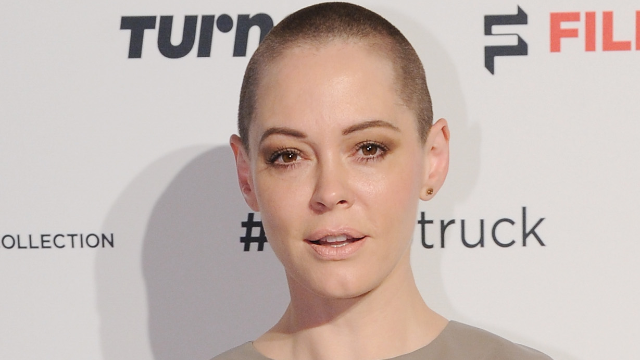 The Golden Globes on Sunday night were marked by a largely all-black showing on the red carpet, as celebrities joined the Time's Up movement — launched by stars like Shonda Rhimes, Ava DuVernay, and Reese Witherspoon — to "fight systematic sexual harassment in Hollywood and in blue-collar workplaces nationwide." You can read about the movement's intentions, launched last Monday, in The New York Times.

One actress who wasn't impressed by the showing was Rose McGowan, who said the "fancy people wearing black" wouldn't have "lifted a finger" if it weren't for her speaking up about Harvey Weinstein.

Back in October, McGowan "accused Weinstein or raping her in 1997, fueling the fire that eventually purged Weinstein from the industry," according to the HuffPost.

McGowan responded to a tweet from actress Asia Argento: