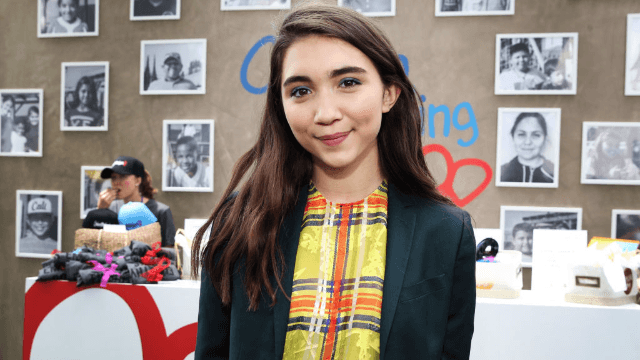 Rowan Blanchard became a household name when she was cast on the Disney Channel Original Series, 'Girl Meets World'. Rowan was barely a teenager at the time, but she quickly showed her maturity.

She was born in Los Angeles, California, on October 14, 2001, to Elizabeth and Mark Blanchard-Boulbol, who are yoga instructors. She will be 16 years old this year, and began acting at the young age of five. Although she's been in the public eye for years, there is still a lot we don't know about her.

Rowan Blanchard has two siblings. She was the first born and has a younger sister named Carmen and a younger brother named Shane. Rowan and Carmen are clearly close. On National Best Friends Day last year, Rowan took to her Instagram to dedicate a post to her sister. She captioned it, "Sister, sister #NationalBestFriendDay"