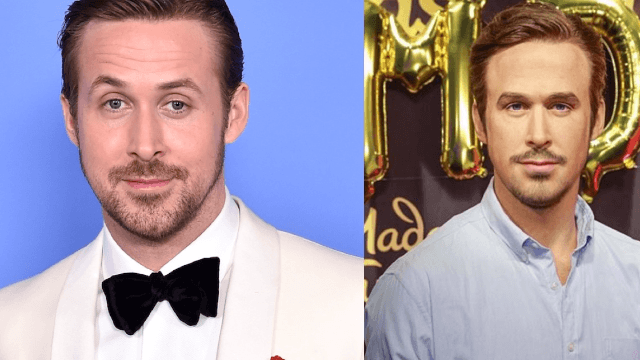 Ryan Gosling is having a big week. Not only was he nominated for an Oscar, but he also had his new wax figure unveiled at Madame Tussauds wax museum's location in Berlin.

The image of the newest wax model of Ryan Gosling created a bit of a buzz on the interwebs after it was unveiled on Monday, with a lot of people calling it "creepy." Take a look for yourself.

I mean, hey. I can see where those people are coming from. Do wax Ryan Gosling's dead eyes make him look like he wants to murder someone? Sure they do. But you can't deny that no matter how creepy you make him look, Ryan Gosling will always be handsome.