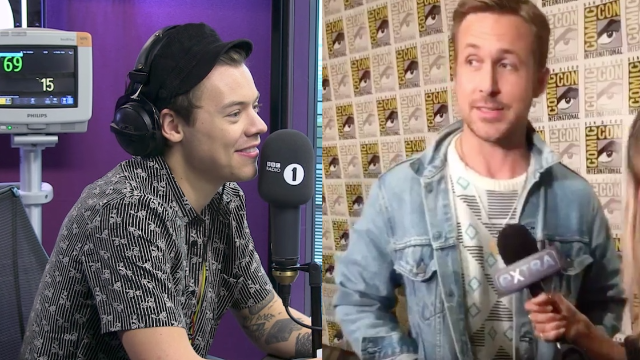 During an interview on a BBC Radio 1 show, host Nick Grimshaw hooked Styles up to a heart monitor and showed him several images, including one of a shirtless Ryan Gosling.

Because Styles is human, his heart rate jumped when he saw the photo of Gosling and his A+ abs. Styles described Gosling as "very handsome."