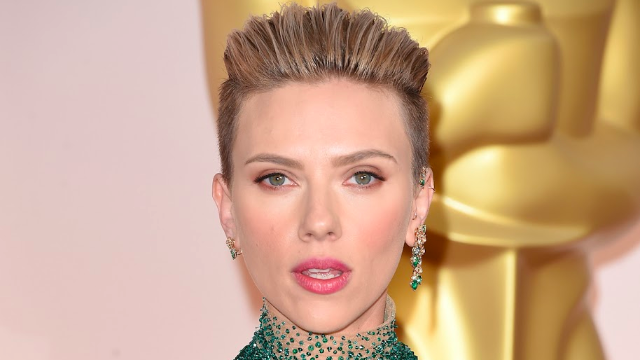 Fresh off her divorce from Romain Dauriac, a man who can only be described as a French hottie, Scarlett Johannsson appears to be having herself a summer fling. The actress has ​been spotted around NYC with 'SNL' castmember and Weekend Update host, Colin Jost.

Most recently, the two were spotted "holding hands" and "getting cozy" on a date on the Upper East Side, says Us Weekly. Jost even gave a coy comment on the relationship when he was asked this week by a red carpet reporter. "I'm very happy in my personal life," he told an E! reporter. We all know that's code for "getting laid regularly."

I don't think I can overstate how much irrational confidence this Colin Jost-Scarjo relationship has given me.

Last month, Johannsson and Jost ("JoJo"?) were reportedly spotted making out in public at one of the notoriously rowdy SNL after parties. “Scarlett and Colin were making out at the bar,” a Page Six snooper said. “They would make out a bit, then go back to talking.”