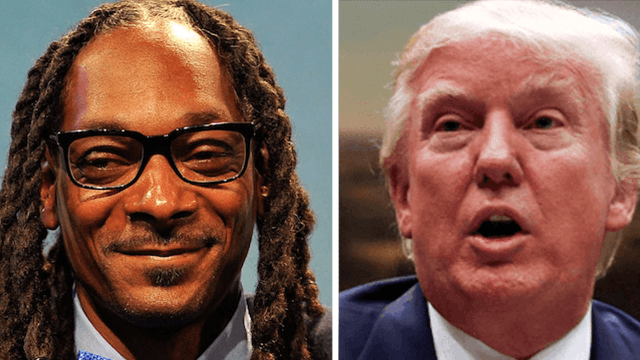 On Wednesday morning, President Donald Trump opened Twitter and logged his opinion on a controversial Snoop Dogg music video into the presidential record.

Can you imagine what the outcry would be if @SnoopDogg, failing career and all, had aimed and fired the gun at President Obama? Jail time!

The above tweet—a reaction to violent imagery against a Trump impersonator in Snoop's video for "Lavender"—was sent at around 7a.m. East Coast time. Historically, Snoop Dogg both lives on the West Coast and smokes marijuana, so it seemed safe to assume that he was not awake at the time of the presidential statement.

But as the day went by, Mr. Trump's tweet still did not earn a response from Mr. Dogg. He did not seem bent on entering a Twitter feud with the President of the United States, which seems like a missed opportunity for the rapper who once had it out with the arguably-more-dangerous-than-Donald-Trump Suge Knight.