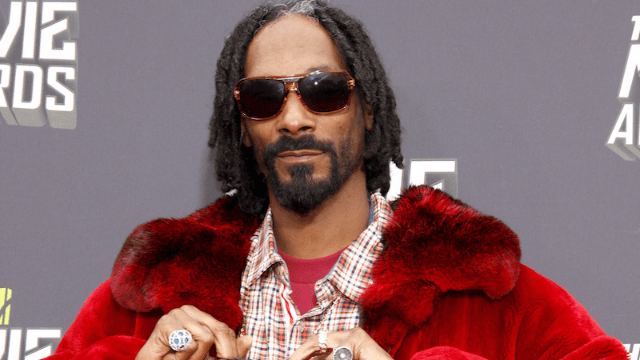 Snoop Dogg was attacked at a funeral because nothing is sacred.

Peace-loving stoner that he is, it's shocking that Snoop Dogg could ever stir up drama. But yesterday at comedian Ricky Harris' funeral, his mere presence incited a brawl, TMZ reports.

The Snoop hater is allegedly a cousin of Ricky Harris, according to multiple sources who were inside the Long Beach, Calif. church when the fight went down. Perhaps Ricky's cousin has beef with Snoop, perhaps he is anti-marijuana, or perhaps he's just mad he didn't get a show with Martha Stewart. Whatever the case, something caused this guy to call Snoop a "b*tch ass n*****," which is rude and a bad idea, to say the least. Cuz even if Snoop isn't a fighter, you know he's got some people who will throw down on his behalf.

According to TMZ, two of Snoop's crew members, including hip hop artist Daz Dillinger, took down Ricky's cousin on Snoop's behalf. (Reminder: this all happened AT A FUNERAL.) You can watch the madness unfold in this video: