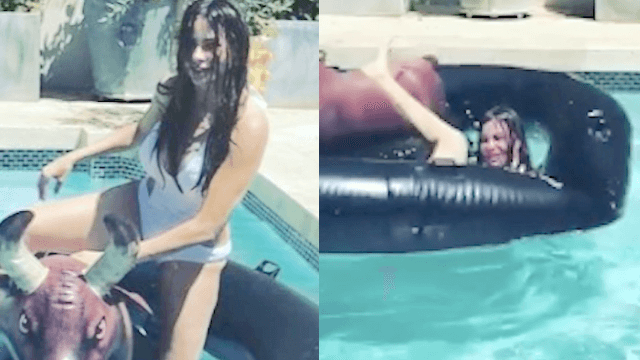 Sophia Vergara can't get on her pool float and it's as hilarious as it sounds.

It's almost summertime out on the West Coast, which has been confirmed by these hilarious Instagram posts of Sophia Vergara attempting to get on to (and occasionally making it, sort of) various pool floats. I'm not going to lie and say she makes it look graceful, because no sir, she does not. But she does look absolutely adorable while trying, in her own very special Sophia Vergara way.

First, there's this bull float, which looks like it could be in the pool of a country Western bar, if country Western bars had pools (I don't think they do). She attempts to board from the side of the pool, but she doesn't have much luck. She has even less luck trying to climb on once she's already fallen off into the pool.

Im getting very good at it😂🐃 #Ihaveallsummer😒