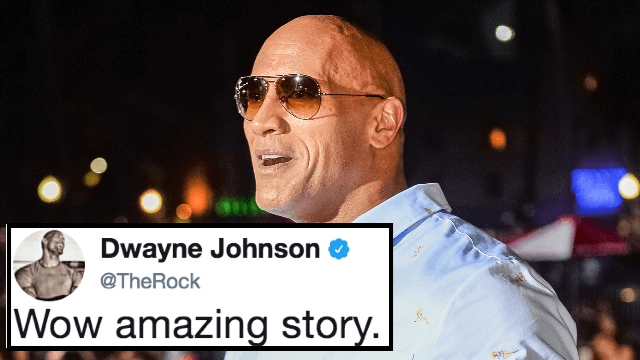 How The Rock’s movie helped a 10-year-old save his little brother’s life.

Dwayne "The Rock" Johnson has big enough muscles to save the world–and big enough acting chops to teach others how to do the same, apparently.

As reported by local Detroit news outlet WXYZ, Jacob O'Connor, 10, was watching TV at his grandmother's house when he suddenly noticed the screen door was open. He went outside to check if his 2-year-old brother, Dylan, was OK, and he discovered the toddler floating face-down in the pool. Jacob's mind quickly went to a scene from the film San Andreas, in which The Rock resuscitates his daughter who seemed to be drowning. Jacob yanked Dylan out of the pool and gave him compressions, like he had seen The Rock do on screen.

Basically, this kid is a mini The Rock.