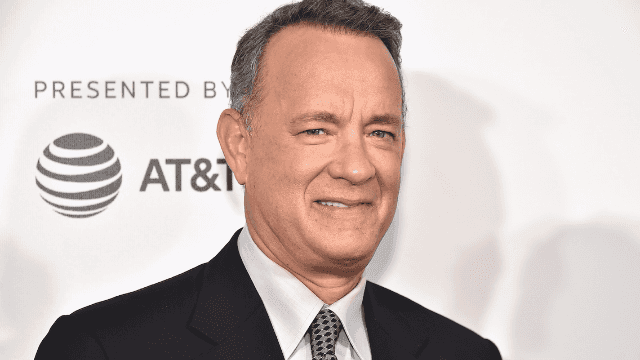 This photo Tom Hanks posted to Twitter is giving everyone the creeps.

Aside from being one of the most beloved actors of our time, Tom Hanks is somewhat of a social media darling. He sends selfies to fans, he photobombs weddings, and his Instagram is hilarious. But Hanks' latest tweet has the internet bugging out. On Friday, Hanks posted a photo of a rather ominous-looking building in New York City.

This is the scariest building I've ever seen! WTF goes on inside?? Hanx. pic.twitter.com/nXeUI64rXm

"This is the scariest building I've ever seen! WTF goes on inside??" he wrote. (And then he signed the tweet, "Hanx.") The building's height and lack of windows sent shivers up the spine of many of Hanks' Twitter followers.

Many had guesses as to what was inside.

That is where nightmares are made