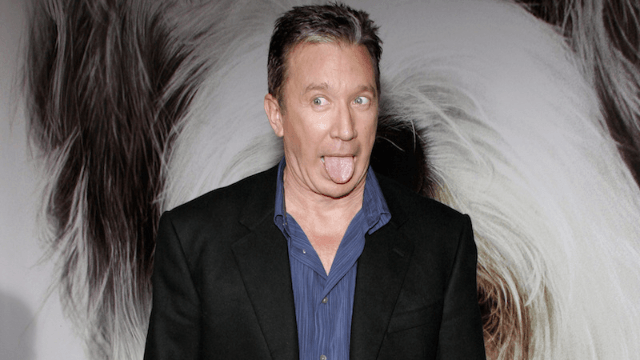 Tim Allen likened being conservative in Hollywood to living in Nazi Germany.

During an appearance on "Jimmy Kimmel Live," comedian and actor Tim Allen said that being conservative in Hollywood was a lot like living in Germany during the 1930's, Time reports.

"You’ve gotta be real careful around here," he said, acknowledging his own sheepishness to admit that he attended the inauguration. "You get beat up if don’t believe what everybody believes. This is like ’30s Germany. I don’t know what happened. If you’re not part of the group, 'you know what we believe is right,' I go, 'Well, I might have a problem with that.'"

So, in this analogy, as an outsider is Allen saying that he's a persecuted Jew and liberals are Nazis because they're the prevailing majority in Hollywood? Because that is a pretty bad analogy considering that the right harbors a faction of actual Nazis (the Alt Right). Additionally, throwing around references to Nazi Germany and the Holocaust should be avoided for the most part, especially when you're a rich person living in Hollywood.