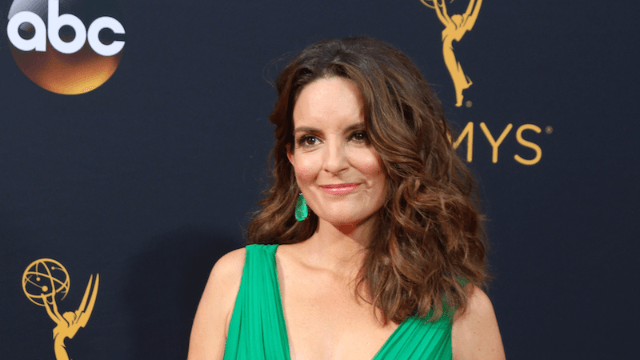 Tina Fey has some choice words for white women who voted for Trump.

Tina Fey boldly addressed white women and how they exercise their privilege while speaking at a benefit for the ACLU on Friday night called "Stand For Rights." While Fey may not be known for slamming the administration on Twitter, and generally keeps a pretty low profile, she has never been one to back down from a stance if she feels strongly about it. At the benefit, she challenged white women who might have voted for Trump to think about the world beyond their immediate lives, and asked them to consider how certain issues affect other people.

"A lot of this election was turned by white, college-educated women who now would maybe like to forget about this election and go back to watching HGTV," Fey said. But she wasn't trying to belittle them for their interest in bad television. She continued: "I would want to urge them to like, ‘You can’t look away,’ because it doesn’t affect you this minute, but it’s going to affect you eventually. Again, open two windows. Do watch HGTV. But … to not turn our attention away from what is happening."