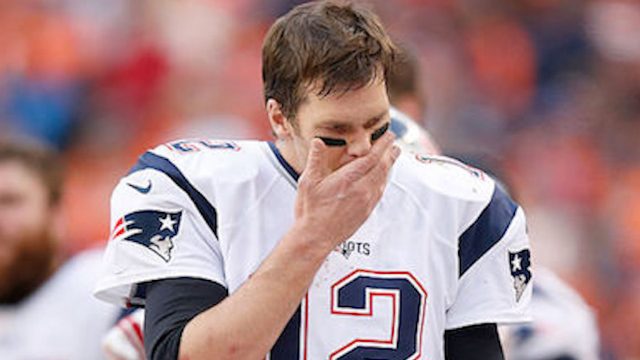 Tom Brady is getting dad-shamed for kissing his son on the lips too long.

New England Patriots quarterback Tom Brady is getting dragged by people who think that he kissed his son on the lips for too long. Yes, for real.

Brady has a Facebook docuseries called Tom vs. Time. In the third episode, according to Perez Hilton, Brady asks for a kiss from his oldest son, John (a.k.a. Jack). Apparently his son gave him a quick peck, and when Brady asked for a longer one, the kid delivered.

There's a gif of the moment in this tweet from Huffington Post's Ashley Feinberg.

why is literally everyone on twitter not talking about this rn this i what this website was explicitly built for https://t.co/MAgeju22Vk pic.twitter.com/FSfkcC5K9H