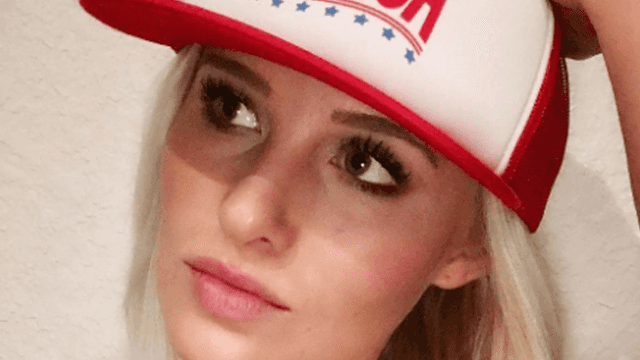 Tomi Lahren calls her new merch 'controversial,' but it's nothing compared to the comments.

Tomi Lahren, without her cushy job spouting nonsense for conservative site The Blaze, has turned to selling patriotic merchandise instead. In one laughable Instagram, she referred to her products as "controversial."

But the real controversy, as usual, can be found in the comments section.

Go ahead, be controversial. Remind em you're Pro....AMERICA! My new merch site launches NOW. 10 day flash sale starts TODAY! I designed some special items to help you melt some Snowflakes this summer. Get your TeamTomi ProAmerica swag at my new website: http://www.teamtomi.com/ #TeamTomi #proamerica

But at least some people prefer visors? So that's controversy for ya! Because no one is recognizing this hat as specifically Tomi Lahren. If it said "I Love Tomi Lahren And Not Just Because I'm A Rabid Trump Supporter," that would be controversy.