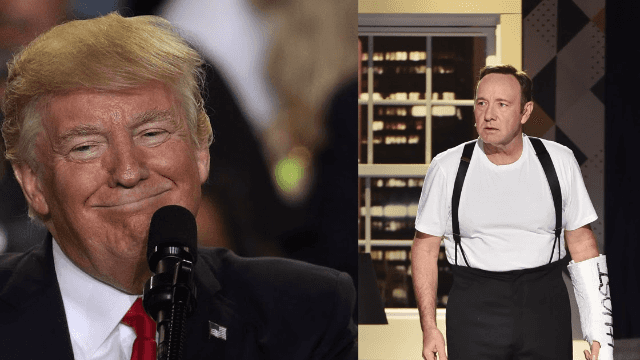 Broadway stars went after Trump hardcore at the Tony Awards.

It's hard to imagine an artistic community that's more diametrically opposed to the Trump Administration than, well, a bunch of people who love musicals. The Broadway community has always been LGBTQ friendly (unlike the current administration), in favor of arts funding (yeah, that's cut) and they know how to dance (we all remember that awkward inaugural ball dance between Donald and Melania.)

So it's only right that, on their big night to celebrate, the Broadway community took aim at the Trump administration. Ahead, a few of our favorite moments and takedowns.

Tomorrow, trump will complain, via twitter, about something someone at the Tonys said.

We don't blame 'Rock of Ages' that much.

TONYS FACT: Rock of Ages is the reason Trump is president.

The pin that shouldn't be a political statement, but is.