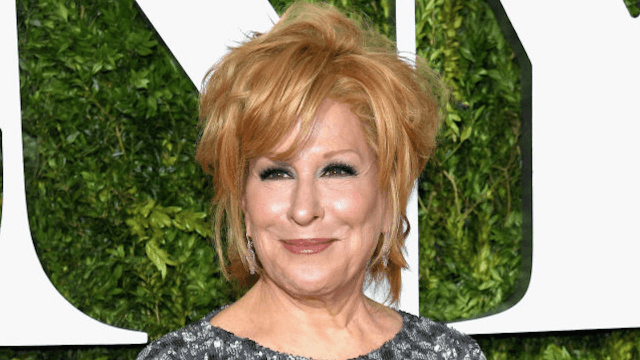 Turns out Bette Midler's daughter is her clone.

Bette Midler and her daughter Sophie Von Haselberg were twinning on the red carpet at the 71st annual Tony Awards in New York City Sunday night. They really should have checked to see if anyone else was already wearing that face before both showed up to the same event with it. Embarrassing.

Bette Midler ended up taking home the Tony Award for 'Best Actress in a Musical' for her role as Dolly Levi in the Broadway revival of Hello, Dolly! She celebrated the win with a hilarious and very lengthy speech where she refused to be cut off by the music and yelled "shut that crap off!" at the orchestra. She concluded the speech by saying, "Bette Midler for president!"