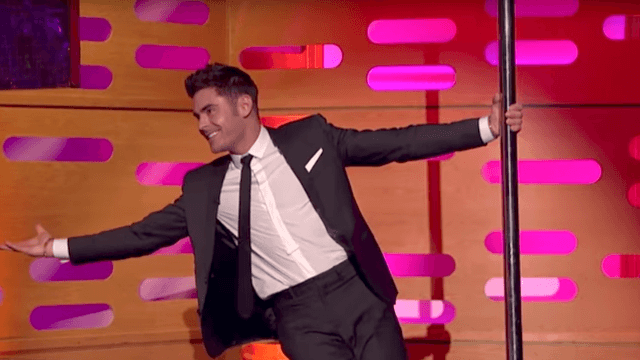 Efron visited The Graham Norton Show last week. Before he arrived at the studio, Graham Norton discovered this photo of Efron from a photo shoot he'd done in the past.

When Efron revealed that the photo wasn't fake, and he could actually pose like that, Norton asked him to show off his skills in person. (Obviously, when you find out that Zac Efron has pole dancing skills, you need to see it for yourself.)

After spending a few moments confirming that the temporary pole installed in Norton's studio was in fact stable, Efron performed the trick from his photo, wowing everyone with his brute strength and ability to rock a suit.