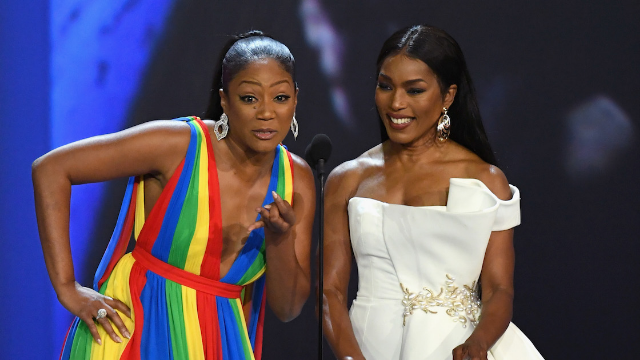 The New York Times misidentified Angela Bassett as Omarosa in a photo caption and the internet is not amused.

During last night's Emmy awards, Tiffany Haddish and Angela Bassett presented the award for Best Actress in a Comedy together. They opened with the Wakanda salute, and then Haddish had A Moment when she realized she was presenting an award alongside an icon.

Next, they presented the award to Rachel Brosnahan from "The Marvelous Mrs. Maisel." The New York Times highlighted the moment in its Emmys coverage — but there was one glaring mistake.