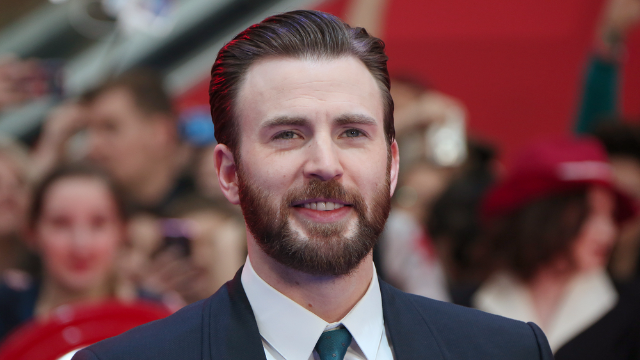 30 times Chris Evans was the funniest hot person on the internet.

While Captain America might be way too old to assemble with the Avengers in the Marvel Cinematic Universe, Chris Evans is fighting the good fight on Twitter.

The most explicitly political of the Hollywood Chrises (unless you count Chris Pratt attending an anti-LGBT church as political), Evans has used his platform to call out Fox "News" hosts, including that one who was elected president.

When he's not rage-tweeting at Trump like you and me, he's sharing exclusive behind-the-scenes footage from set and writing love letters to his dog. God bless Captain America.

2. When he snuck a sneaky video of Professor Hulk at Tony Stark's funeral.

3. When he gifted us with a glimpse at his earring.

First headshot. Apparently I was hoping to be cast as a dickhead. #TBT pic.twitter.com/fACbKBJUpF