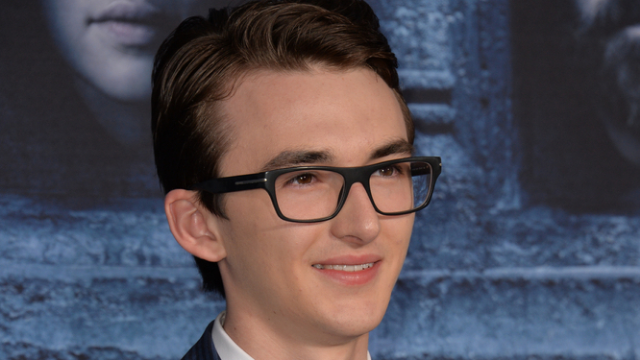 King Bran the Broken reveals that George R.R. Martin is to blame for that twist.

At least 1.6 million of the people who hated Game of Thrones season 8 place the blame squarely on showrunners David Benioff and D.B. Weiss, but in at least one respect they were simply George R.R. Martin's bannermen.

According to Isaac Hempstead-Wright, aka Bran Stark, aka The Three-Eyed Raven, aka King Bran the Broken, the cue to anoint him king came from Martin himself (And also possibly the season one poster).

"[Creators] David [Benioff] and Dan [Weiss] told me there were two things [author] George R.R. Martin had planned for Bran," Hempstead-Wright told HBO, "and that was the Hodor revelation, and that he would be king. So that’s pretty special to be directly involved in something that is part of George’s vision. It was a really nice way to wrap it up."

Tyrion may have insisted that Bran had the best story—and therefore the best claim to the Iron Throne—but the internet disagreed.