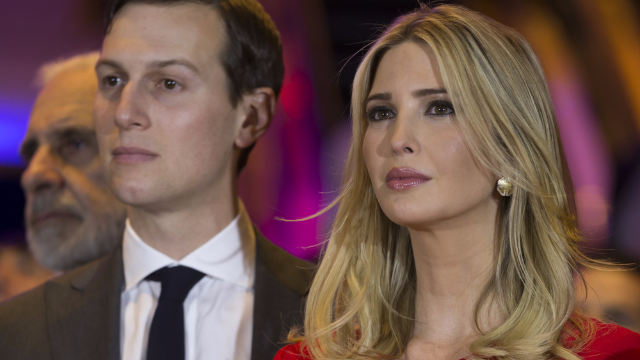 Ivanka Trump got caught faking on Instagram that she was at Karlie Kloss's wedding.

People is reporting that when Josh Kushner and Karlie Kloss celebrated their wedding in Wyoming over the weekend, the couple's evil twins were not, in fact, there. Despite tabloid reports that the Kleptocratic Kushner Kouple was at the party with the Hollywood elite, Ivanka and Jared merely "stopped by" on Thursday before the real celebrities arrived.

Was the Concentration Camp Couple not invited, or did Ivanka voluntarily step aside to avoid a run-in in Hillary Clinton cosplayer Katy Perry?

Either way, Ivanka wanted people to *think* that she was there, and posted this lovey-dovey prairie pic to her story that mirrored that of the wedding party's, but it was apparently taken days before.