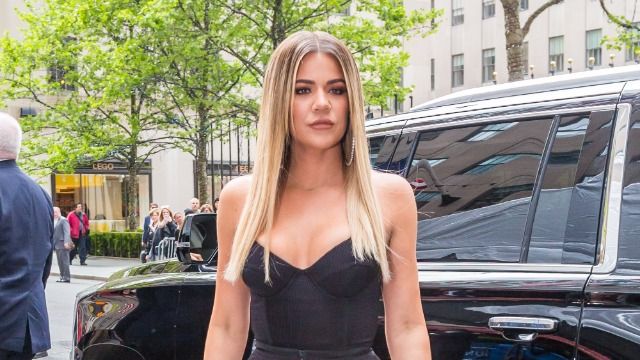 Khloé Kardashian has come under fire again and again for seeming to post only highly edited photos online.

But now, a photo of Khloé that appears au naturale has hit the web — and her team is reportedly trying hard to keep it under wraps.

Some tweets of the photo are still up. As of this writing, this was one of them.

The picture first appeared on the Instagram account of her grandmother, who's known as MJ. Page Six has confirmed that the photo is real, and that people are being threatened with legal action for re-posting it.

Tracy Romulus, a spokesperson for the Kardashian family, said in a statement:

The color edited photo was taken of Khloé during a private family gathering and posted to social media without permission by mistake by an assistant.

Khloé looks beautiful but it is within the right of the copyright owner to not want an image not intended to be published taken down.