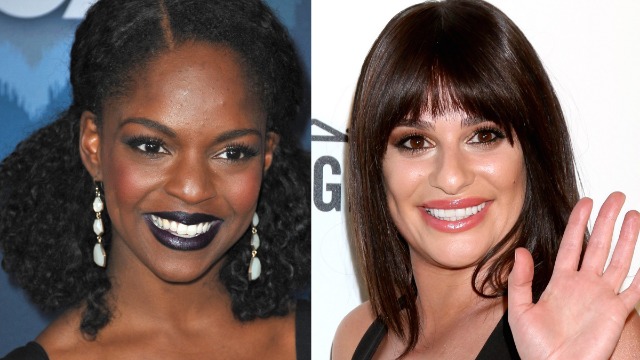 Lea Michele's tweet of support for the Black Lives Matter movement backfired when her former co-stars brought accusations of racism to light. Now, people on Twitter are saying the former "Glee" star is canceled.

It started on Saturday when Lea tweeted, saying, "George Floyd did not deserve this. This was not an isolated incident and it must end. #BlackLivesMatter "

Then, early this morning, her former co-star Samantha Marie Ware added to the tweet:

"Remember when you made my first television gig a living hell?!?!" she wrote. "Cause I'll never forget. I believe you told everyone that if you had the opportunity you would s*** in my wig!"