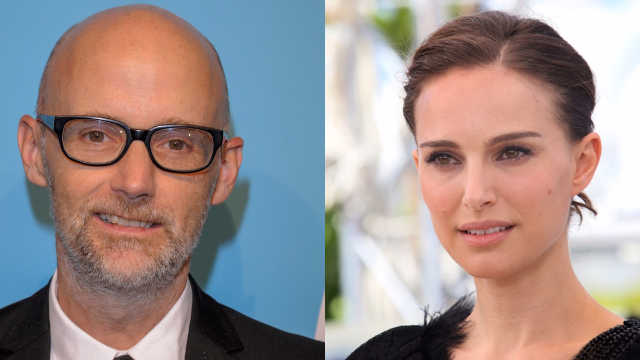 One of the few joys the internet has to offer is when the masses gather to thoroughly roast a creepy dude who outed himself as a predator in a massive self-own.

Moby (not Dean Pelton from Community—a different bald guy) is currently promoting his book Then It Fell Apart. The so-called "memoir" features stories about dating Natalie Portman that according to Natalie Portman, are creepy fan fiction.

The "musician" insists that they were together when he was 33 and she was 20, and he got the facts all wrong, including her age.

"I was surprised to hear that he characterized the very short time that I knew him as dating because my recollection is a much older man being creepy with me when I just had graduated high school," Portman told Harper's Bazaar. "He was on tour and I was working, shooting a film, so we only hung out a handful of times before I realized that this was an older man who was interested in me in a way that felt inappropriate."