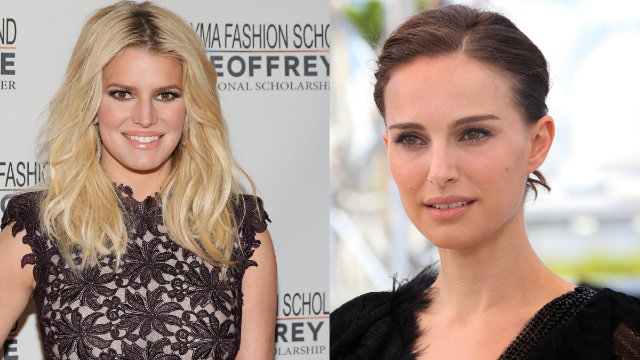 Natalie Portman talked about her feminism beef with Jessica Simpson and this year just really needs to end.

No, this isn't 2008 and they're not fighting over who gets to date one of the Strokes, or something. Instead, because it's 2018 and we're all woke now, they're having a miscommunication about feminism. Empowering!

In case you didn't know, Natalie Portman is currently promoting her new movie, "Vox Lux," in which she plays a pop star. In an interview with USA Today earlier this month, she was asked about the pop stars she looked up to growing up. After praising Madonna, she mentioned the mixed messages sent by stars like Jessica Simpson.

“I remember being a teenager, and there was Jessica Simpson on the cover of a magazine saying ‘I’m a virgin’ while wearing a bikini, and I was confused," Portman said. "Like, I don’t know what this is trying to tell me as a woman, as a girl."