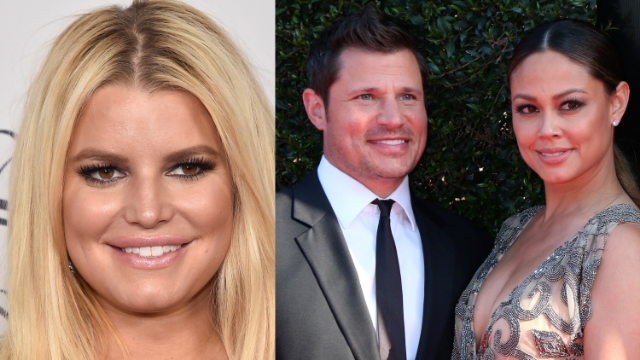 Jessica Simpson's new memoir is the celebrity gossip gift that keeps on giving.

In "Open Book," the singer and retail mogul tells all about her "Mickey Mouse Club" days, her past alcohol addiction, and the abuse she suffered as a child. She also goes into great detail about all the 2000s heartthrobs she got to know in real life — including her ex-husband Nick Lachey.

But Nick's current wife, Vanessa Lachey, is apparently taking issue with one detail: Jessica's recollection that she received a baby gift from them.

Nick and Vanessa were on "The Today Show" recently when host Hoda Kotb mentioned Jessica's book.

In the book, Hoda says, Jessica mentioned that she and Nick had both moved on. Jessica is now married to ex-NFL player Eric Johnson, and they have three children. Hoda says Jessica was happy to receive a congratulations gift from Nick and Vanesssa after the birth of her first child.