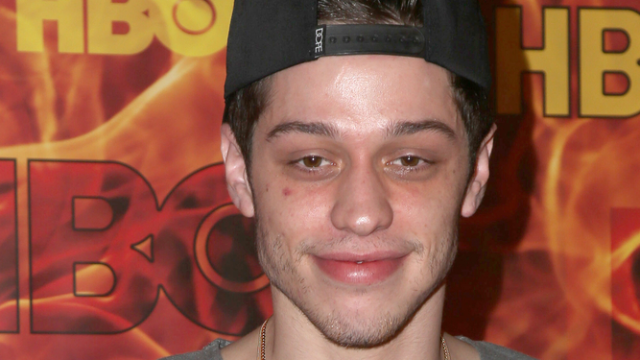 Pete Davidson threatens fans with $1 million fine if they criticize his show.

There's nothing like going out to see a show with friends and then discussing what you just saw over drinks. Nothing can ruin that fun, except maybe getting fined a million dollars from Pete Davidson.

Pete Davidson, a comedian best known for dating the world's most beautiful women and appearing on SNL sometimes, is touring new jokes, and having attendees sign legal agreements that they won't dare speak of them.

The San Francisco Chronicle first reported the existence of these non-disclosure agreements after a fan on Facebook shared screenshots of the documents.

"I got an email today informing me that in order to see this show I have to sign a non disclosure agreement. In that NDA the signer CANNOT GIVE ANY INTERVIEWS, OPINIONS OR CRITIQUES about it in ANY form whatsoever including blogs, Twitter, Facebook, Instagram or any other social networking," Stacy Young wrote. "It also authorizes them to confiscate (including seize & destroy the contents of) any cell phones, cameras or PDAs and that ANY BREACH of the agreement will REQUIRE PAYMENT OF $1 MILLION in damages as well as the legal costs."