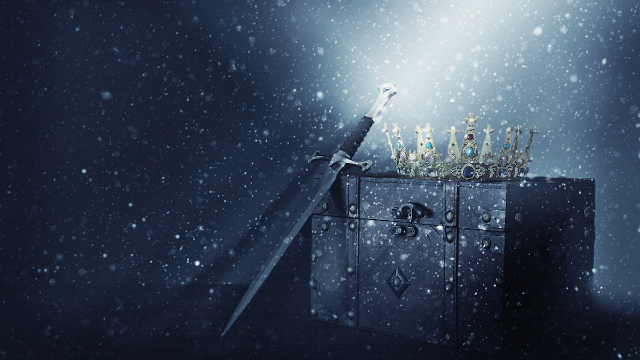 A mostly accurate 'Game of Thrones' finale recap by a first-time watcher.

Yes, you read that correctly. Tonight was my VERY FIRST TIME watching "Game of Thrones." And boy, do I have a super recap for you! Read on*.

*TW: If you're the kind of person who loves "Game of Thrones" more than your own mother (I SEE YOU), you might not want to read on.

She’s 6 seconds away from asking for a manager #GameofThrones pic.twitter.com/hv6ubbhHwT

My first question to my fanatical watching companions was, "By the way, is this about an actual game?" to which they kindly responded, "No no no." The kindness subsided after the umpteenth time I asked, "Why is that person dead/going to die/killing someone else/referencing killing someone?"

Reading the mood of the watch party during the first few minutes of the episode, I deftly gathered something about this bleak scene of destruction was why the entire internet has been more pissed off about a TV show than about abortion rights this past week week. What can I say? I have high EQ.

Then this a-hole with mega side-eye was about to kill these perfectly nice looking alive men and this other guy came over and boy did they have words over killing those guys.

Back where the two guys were having lots of tension and side eye, a DRAGON flew over them! I was like, "Wow, cool! A dragon!" Enter this platinum blonde chick who did not look like she could have caused all that rubble with her perfect makeup and flawless hair. But apparently, she did, because a lot of scary, cheering lunatics were obviously pumped that she did it. She gave a rousing speech about liberating the people from "the wheel," which frankly, seemed like a pretty good idea to me and I was fairly into it. Until the short guy gave her some wicked side eye. He threw down his little medallion and boy, did that piss off platinum blonde lady with the pet dragon.

It was about then that I realized the hot guy had a "thing" going with the blonde scary queen lady. Like I said - high EQ over here.

When the hot guy and the short guy had a heated exchange, the hot guy realized - as far as I can tell - that basically, the blonde chick is actually an evil snow bitch with pretty hair. The hot guy seemed rather stressed about this realization and all I could think of is how lucky they are that bugging technology hadn't been invented yet because they were hatching some sneaky shit.

"Love is more powerful than reason," said the short guy. What a line! Followed by a reference to the incestuous couple. #truedat

Then the dragon awakes from under the snow where he was taking a quick nap, like ya do. Oh man, I dig this dragon.