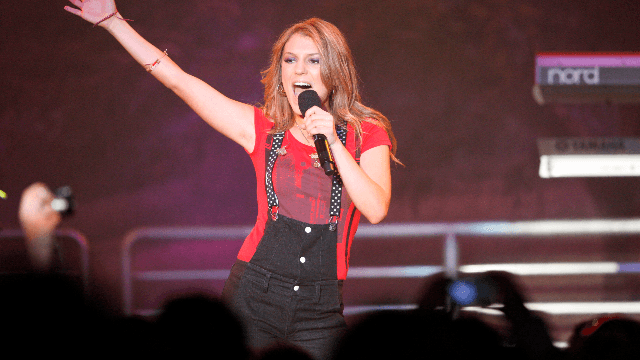 Jordan Pruitt - What Is the 'Outside Looking In' Singer Doing Now?

Jordan Pruitt first rose to the scene when she debuted her single 'Outside Looking In' on Disney Channel in June 2006. It was used to promote the Disney Channel Original Movie, Read It and Weep. Pruitt was only 15 years old at the time, but she wrote the song back in 6th grade, when she was often left out for doing the right thing.

Jordan Pruitt is 'No Ordinary Girl'

Her debut studio album, No Ordinary Girl, was released on February 6, 2007 and peaked at number sixty-four on the Billboard 200 chart. Jordan went on tour in 2006 as the opening act for The Cheetah Girls and was also part of the High School Musical: The Concert tour in 2006 and 2007. The Disney film Jump In! featured Pruitt's song, "Jump to the Rhythm" in 2007.