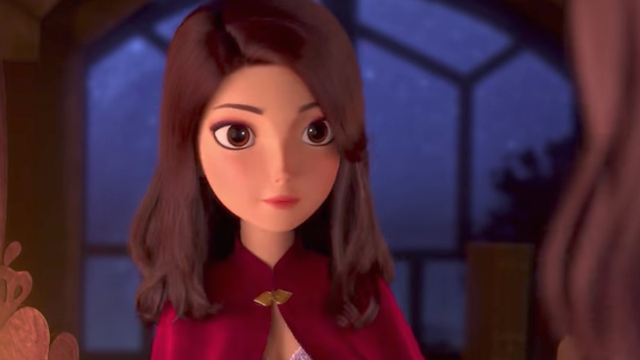 Look, no one asked for an animated retelling of the Disney classic Snow White and the Seven Dwarves, but it looks like we are getting one anyway in the form of a new children's film called Red Shoes & the 7 Dwarfs . And to make matters worse, the upcoming movie is fat-shaming in its promotional materials.

Model Tess Holliday snapped a photo a poster for the Red Shoes & the 7 Dwarfs and posted it on Twitter. It reads "What if Snow White was no longer beautiful and the 7 dwarfs not so short?" alongside a picture of a tall, leggy animated women next to a shorter, fatter animated woman.

How did this get approved by an entire marketing team? Why is it okay to tell young kids being fat = ugly? 🤔😏@ChloeGMoretz pic.twitter.com/PVhgwluGTM

"How did this get approved by an entire marketing team? Why is it okay to tell young kids being fat = ugly?" Holliday tagged Chloe Grace Moretz, one of the film's stars, in the tweet. She went on to add "You still shouldn't be using marketing to show a fat women as undesirable. Get new material-It's lazy & not true/damaging to girls."