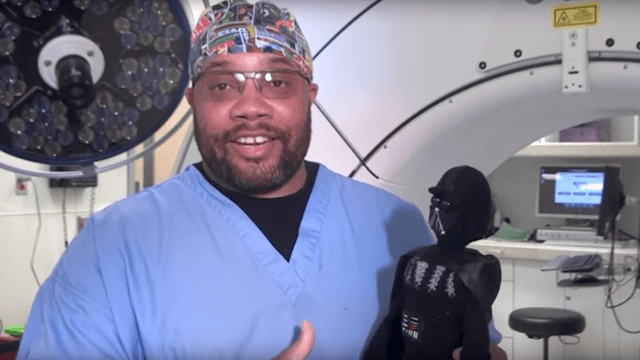 The real Darth Vader works at a hospital in Memphis.

The next time you want to complain about the weird middle name your parents gave you, think of those with names like Journey, or Golden, or Darth Vader. No, seriously, this guy's name is Darth Vader.

Darth Vader Williamson is a surgical technician at St. Francis Hospital - Bartlett in the suburbs of Memphis, Tennessee. And yes, Darth Vader is his actual name.

Williamson, who is 39 years old, was born less than a year after the first Star Wars film was released in theaters.

"When I was born my mother wanted me to be named Junior, after my father. But my dad was a Star Wars buff," he said. "He was so enamored with the character Darth Vader that he was like, 'This would be one bad name for our son.‌"