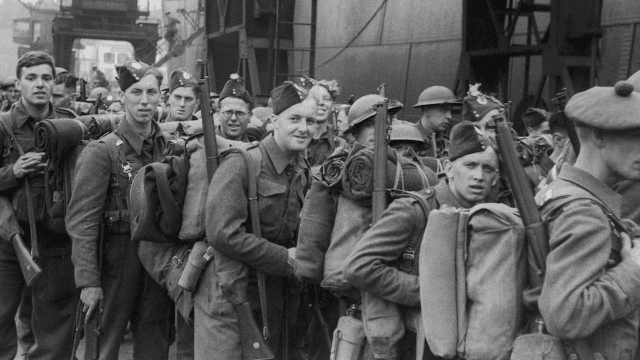 1) Dunkirk is the name and location of a battle that took place in Dunkirk, France, during the Second World War between the Allies and Nazi Germany. As part of the Battle of France on the Western Front, the Battle of Dunkirk was the defense and evacuation of British and Allied forces from May 26 to June 4, 1940. Winston Churchill called the extraordinary evacuation a "miracle of deliverance."

2) "Dunkirk" is also the name of an upcoming movie, written and directed by Christopher Nolan, that is inspired by the Dunkirk evacuation. Nolan wrote the story with the intention to tell it from three perspectives – the air, land and sea. Efforts were made to create suspense solely through details, as the script contained little dialogue. "Dunkirk" stars Tom Hardy, Cillian Murphy, Kenneth Branagh, Mark Rylance, and Harry Styles. It's scheduled to be released on July 21, 2017 in IMAX. The trailer is below.