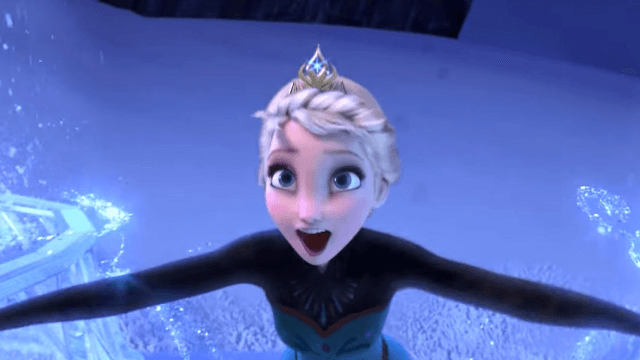 The original ending of 'Frozen' was a lot more twisted.

By now, we've probably all seen Disney's Frozen. The film skyrocketed to popularity when it was released at the end of 2013, and it hasn't looked back. As it is, the film is a heartwarming story about the bond between sisters, but it turns out the original version of the script had a much darker ending.

Kristen Bell, who voiced Anna in the film, has already revealed to fans that Elsa was a more straightforward villain in earlier iterations of the Frozen script. According to Entertainment Weekly, Anna and Elsa weren't related in earlier drafts of the script, nor were they royals. They were merely a pure-hearted heroine and an evil snow queen, respectively.

Originally, the film was supposed to open with a prophecy that warned of “a ruler with a frozen heart will bring destruction to the kingdom of Arendelle." Elsa was scorned when the man of her dreams left her at the altar, and froze her own heart so she'd never love again. (YIKES. Heavy.) So, both she and the audience are meant to believe that she's the villain the prophecy warns of.