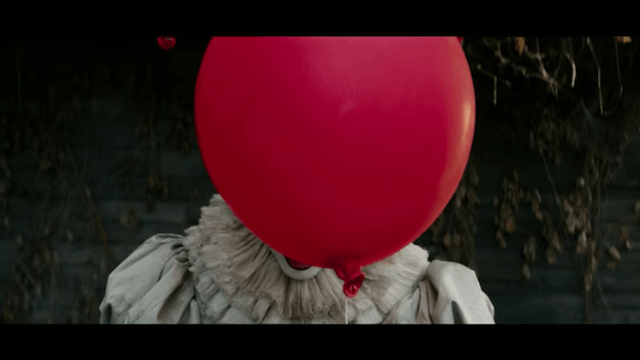 The trailer for Stephen King's new 'It' is here to make sure you don't sleep tonight.

Were you planning on getting a good night's rest tonight? Well, I'm sorry to do this to you, but the trailer for the remake of Stephen King's It is here, and it's gonna freak ya good.

Here's the deal: It's about a creepy ass clown, and as EW describes it "tells the story of a group of young outcasts in the small town of Derry who rise up against a shapeshifting evil that feeds on fear and has claimed countless lives over the ages." Basically it sounds like The Goonies except less treasure and more scary clown? (TRUTH BOMB: I grew up down the block from Stephen King in Bangor, Maube and should know more about his books, but the truth is I have only read On Writing, which isn't a scary book it's just about the craft of writing and nobody wants to talk to me about that.)