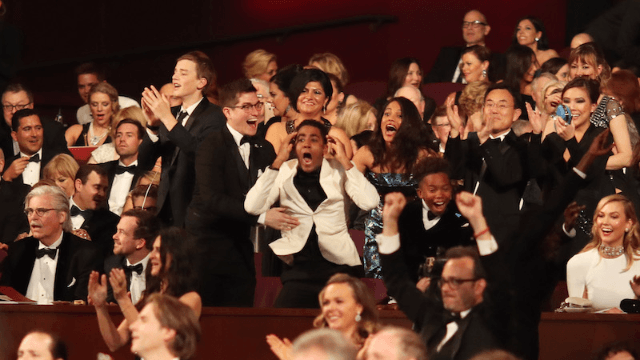 The two PwC accountants responsible for the very awkward La La Land and Moonlight mix-up at Sunday's Academy Awards are sure to never make that mistake again. That's because they won't be allowed back at the Oscars, after making what could be considered the biggest mistake in the award show's 89-year history.

The cause of the envelope gaffe was revealed on Monday, and it's Twitter. President of the film academy Cheryl Boon Isaacs says that accountant Brian Cullinan—he's the one who mistakenly handed presenter Warren Beatty the "Best Actress" envelope—was distracted backstage, The Boston Globe reports. Minutes before the incorrect winner was announced by Beatty and Faye Dunaway, Cullinan had posted a photo of Emma Stone with her new Oscar to Twitter, after he was explicitly told not to Tweet!