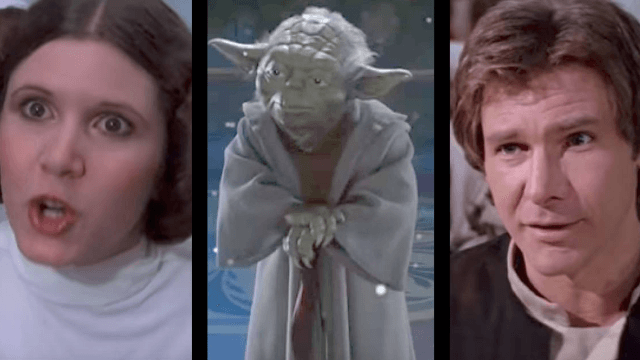 Hey, nerds! May 4th is Star Wars day, and what better way to celebrate than with this hilarious "All Star" lip dub courtesy of Jimmy Fallon?

Made by someone who undoubtedly used the force (and their editing skills) for good, this video cuts together snippets from all the various Star Wars movies to depict your favorite characters singing the late '90s hit "All Star" by Smash Mouth.

Smash Mouth, who recently opened up about their hit 1999 becoming a meme to The Daily Dot, even gave the mash-up their stamp of approval by tweeting a link to the video with the hashtag #HanStar