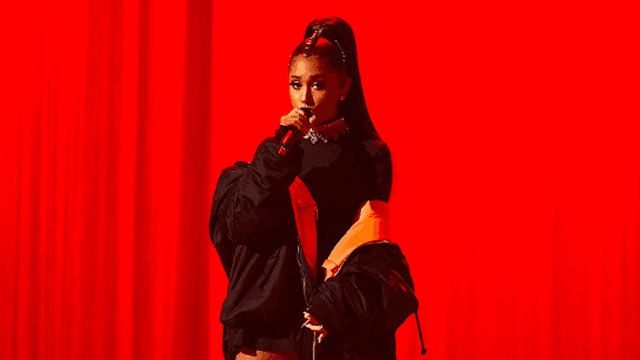 Here are the other pop stars Ariana Grande has invited to join her Manchester benefit concert.

After the terrifying Manchester Arena bombing that killed 22 and wounded 116 following her concert at the venue, pop star Ariana Grande offered to pay funeral costs for the victims and pledged to return for a benefit show.

Now, according to a report in Hollywood Life, Grande is in the process of stacking that show's lineup with an amazing array of performers. The concert is scheduled to take place on June 4, and someone close to Grande said she has already reached out to Jennifer Hudson, Iggy Azalea, Nicki Minaj, Selena Gomez, and Chris Brown—though since it's such short notice, schedule conflicts may pose a problem. Miley Cyrus was apparently on the list but couldn't make it due to her own current tour.