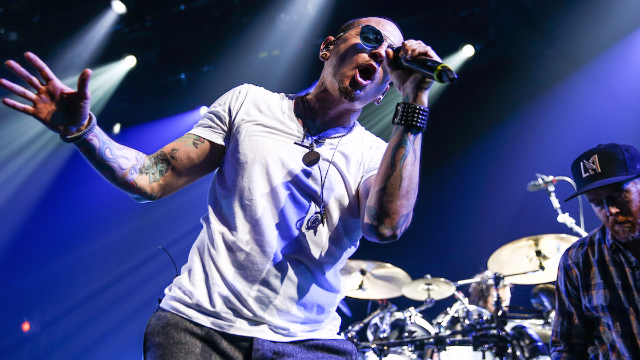 Here's the bittersweet Carpool Karaoke video Chester Bennington did a week before his death.

A week before his tragic death, Chester Bennington filmed an episode of 'Carpool Karaoke' alongside his Linkin Park bandmates and actor Ken Jeong. With the blessing of Bennington's family, the episode is now available to watch.

"With the blessing of Chester's family and his bandmates, we share this episode, and dedicate it to the memory of Chester," reads the screen before launching into the joyous, musical episode.

Throughout the episode, Chester and company belt out Outkast's "Hey Ya," Linkin Park's "Numb," "In the End," "Talking to Myself" and Red Hot Chili Peppers' "Under the Bridge." They eventually ditch their car for a party bus, where the lot partake in traditional karaoke. For the entire 23-minute episode, Chester happily dances and sings along to the music, proving that depression has no face or mood.