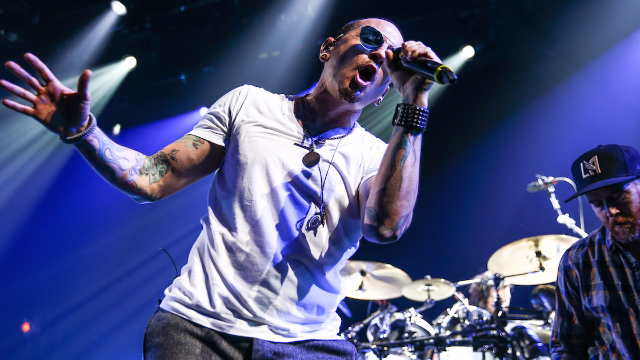 Talinda Bennington, the wife of the late Chester Bennington, shared a video Saturday of the Linkin Park singer just 36 hours before he committed suicide. Immediately prior to posting the video, Bennington tweeted that it was the most "most personal tweet" she had ever sent, but she was showing it to the world so that people could see that "depression doesn't have a face or a mood."

My next tweet is the most personal tweet I have ever done. I'm showing this so that you know that depression doesn't have a face or a mood.

The video shows Chester Bennington eating jelly beans (I'm thinking this kind) with a few of his kids (he had six), seemingly very happy (albeit grossed out by the flavor of candy he got). Along with the video, Bennington tweeted of her husband, "This is what depression looked like to us just 36 hours b4 his death."