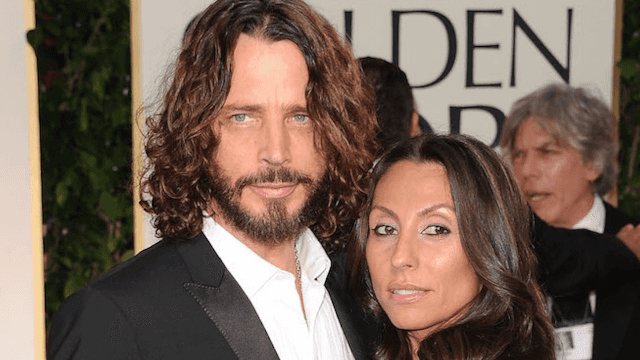 The late Chris Cornell's wife, Vicky, has written an emotional letter to her husband, published on Billboard's website. The official ruling from the Medical Examiner’s Office is that Cornell's death was suicide, but the results of the autopsy have not been revealed yet, according to the Sun. Cornell, who was the lead singer for Soundgarden and Audioslave, was found dead in his hotel on the night of May 17, just after performing a sold out Soundgarden show in Detroit. His family thinks that the anti-anxiety drug Ativan that he took that night might have played a part in his death, Spin reports.

To My Sweet Christopher,

You were the best father, husband and son-in-law. Your patience, empathy and love always showed through.

You had always said I saved you, that you wouldn't be alive if it were not for me. My heart gleamed to see you happy, living and motivated. Excited for life. Doing everything you could to give back. We had the time of our lives in the last decade and I'm sorry, my sweet love, that I did not see what happened to you that night. I'm sorry you were alone, and I know that was not you, my sweet Christopher. Your children know that too, so you can rest in peace.

I’m broken, but I will stand up for you and I will take care of our beautiful babies. I will think of you every minute of every day and I will fight for you. You were right when you said we are soulmates. It has been said that paths that have crossed will cross again, and I know that you will come find me, and I will be here waiting.

Always and forever,
Your Vicky