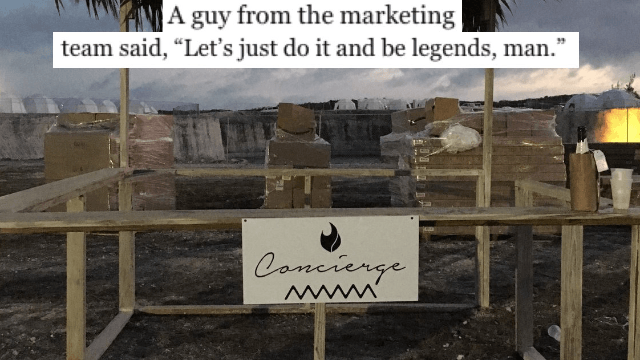 Fyre Festival organizer who quit dishes on everything that went wrong behind-the-scenes.

Good news and bad news: a festival most of us couldn't afford to go to even if we wanted to went very, very badly last week. What happened? Well, "people showed up" and the now-infamous Fyre Festival, hosted by Ja Rule, apparently wasn't quite equipped to handle, well, people.

In a scathing op-ed in New York Magazine, a former festival organizer describes getting a "front row seat to chaos" at a festival "run by bros" who "ignored every warning sign they were given." Thank you Chloe Gordon, who "briefly" worked as a talent producer for the gig, for sharing what really happened behind the gory scenes.

She first paints a bleak picture of the festival site upon her arrival in mid-March: