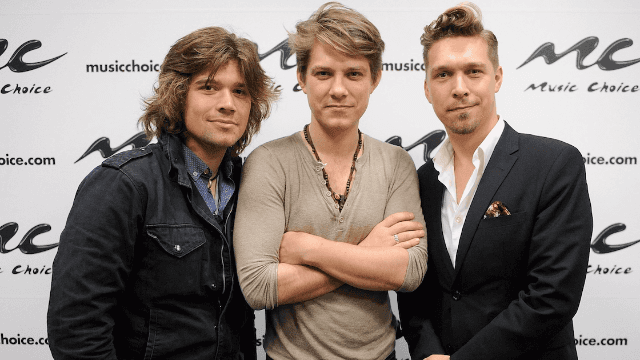 Hanson released a new music video featuring their kids and we can't take the cuteness.

Beloved '90s boy band Hanson has been around for 25 years now. (We know, we feel old, too.) On Friday, to celebrate a quarter-century of making music together, the band released a music video for its brand new song, "I Was Born." The video is truly a family affair.

In addition to the three Hanson brothers, the music video features eleven of the guys' twelve children. They're such proud dads! According to Perez Hilton, Taylor Hanson says the decision to include the kids had to do with the optimistic message of the song. He wrote:

The video is about celebrating the dreams that we all have and the pure optimism of the human spirit. And what better way to show that optimistic view of the world than through the eyes of children? For 25 years, we have been able to live out what we feel we were 'born to do,' and this song brings that message full circle.