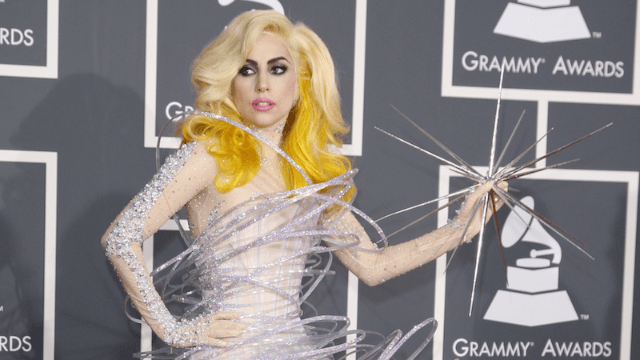 What we know about Lady Gaga's halftime show: There will be hundreds of drones.

Lady Gaga's whole shtick is being weird. And as such, she's set up a problem for herself, wherein she must out-weird herself at every turn, continually heightening the absurdity and changing direction so that we remain unable to predict her. We had the meat dress, the flying dress, the time she arrived to the Grammys in an egg...the list goes on. It sounds exhausting, but hey, she chose this life.

So, when it was announced that Lady Gaga would be performing the Super Bowl halftime people began to wonder: just how weird could and would she get on prime time TV? The Super Bowl itself feels like such a normal, all-American affair that it's strange to imagine Gaga taking the stage. But we have a hint at what's to come, as CNN Tech reported today that there would be "hundreds of drones" used during the performance. Do we think that she'll be making a commentary on surveillance?