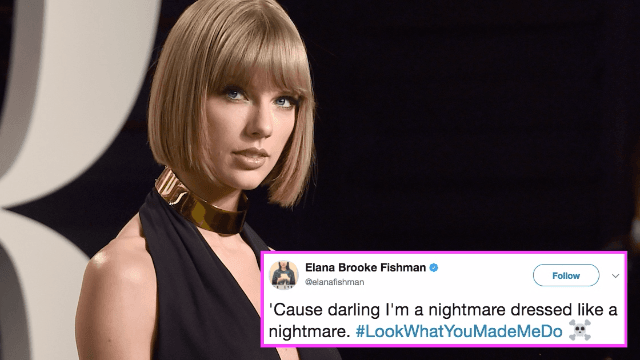 After much anticipation and many ominous snake videos, Taylor Swift has FINALLY released the first single off her newest album, Reputation.

The song is called "Look What You Made Me Do," and after listening to it, our best guess is that Tay is experiencing her late-teens emo phase about a decade later than the rest of us. (That said, we're totally here for it.)

After the single was released late Thursday night, Twitter EXPLODED with jokes about the latest from a one Miss Taylor Alison Swift. Here are 22 of our favorites.