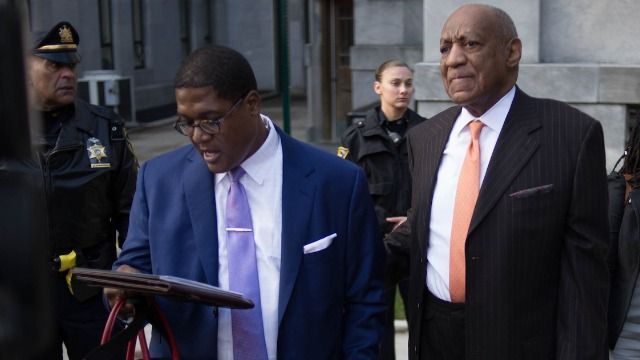 People react to news that Bill Cosby will be released from prison today.

The 83-year-old comedian, formerly known as "America's dad," was convicted in 2015 of drugging and molesting Temple University employee Andrea Constand at his estate in 2004. Cosby was charged and arrested for the attack just days before the 12-year statute of limitations was set to expire.

Cosby's convictions were overturned earlier today after the court found an agreement with a previous prosecutor would prevent him from being charged in the case.

He has served more than two years of his 3-to-10-year sentence after vowing to serve all 10 years rather than acknowledge remorse for the actions of which he was convicted.

More than sixty women have spoken out to accuse Cosby of sexual assault.

People are reacting to the news with a mix of shock, horror, and more horror. Here is what Twitter has to say:

BILL COSBY OUT OF JAIL!?? I THOUGHT WE WAS TRYING GET RAPIST OFF THE STREET!!! NOT PUTTING THEM BACK ON THE STREET pic.twitter.com/aZVIDkM2bb