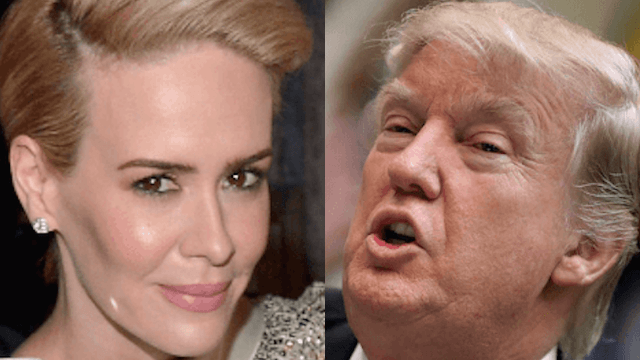 Next season of 'American Horror Story' will be about something truly terrifying.

Get excited, people—Ryan Murphy has spilled a big detail about the theme of the next season of his hit show, American Horror Story. During appearances on both E! News and Bravo's Watch What Happens Live, Murphy, the show's creator and executive producer, said that the upcoming seventh season will be about something truly horrifying: the 2016 election.

"It's very scary and very fun and very…topical. Anybody who voted in the last election will very much enjoy what it's about," he told E! News.

He also let viewers know that actors Sarah Paulson and Evan Peters are going to the be the leads.

But he got even more specific talking to Bravo's Andy Cohen. "Well, I don't have a title, but the season we begin shooting in June is going to be about the election that we just went through," Murphy told Cohen.