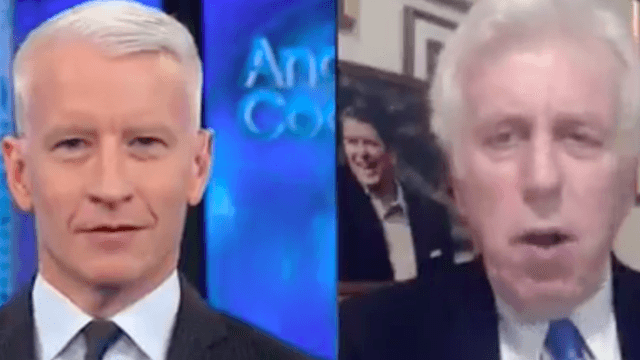 Anderson Cooper apologizes for 'crude' remark on his show, but he only said what we're all thinking.

Four months into the disastrous presidency of Donald J. Trump, every American with an ounce of common sense is wondering the same thing: What will it take for the last few people who support this demagogue to turn on him?

After a long week of crazy White House news, this question was clearly on Anderson Cooper's mind as well. The CNN anchor was talking with Jeffrey Lord, a political commentator the cable news channel pays to be a pro-Trump voice on various shows, and Lord was—of course—defending Trump's impulsive decision to divulge classified intelligence to Russian diplomats. A clearly exasperated Cooper had to interrupt: "If he took a dump on his desk, you'd defend it," he said.