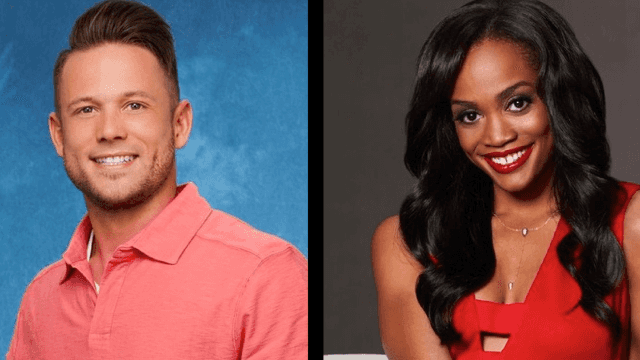 ABC made history when it announced that Rachel Lindsay would be the first black Bachelorette since the franchise's inception 15 years ago. After getting dumped by Nick Viall on The Bachelor last season and winning the hearts of Bachelor Nation, Rachel is leading this season of The Bachelorette, complete with her own smorgasbord of hot dudes to romance.

This season also features a much more diverse group of contestants than it has in previous seasons of The Bachelorette, where it was nearly impossible to separate one white guy with stubble in a v-neck tee shirt from another (I still have trouble, to be honest).

Among those vying for Rachel Lindsay's heart is 30-year-old singer/songwriter Lee Garrett, who tried to make a good first impression on the Bachelorette by strutting up to her while singing and playing the guitar during their initial meeting.